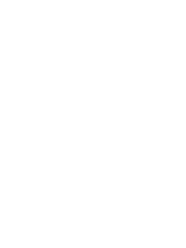 Over the years various people and organisations have voiced concerns over the safety and effectiveness of neck manipulation for the most common neck pains and headaches. Most of it has been anecdotal and of no scientific value.

It is a fact that Vertebral Arterial Strokes (VAS) do happen following neck manipulation but the incidence is quoted to around 1 in 2 million. This equates to one incidence among 25 chiropractors each practising for 40 years. The risk of serious complications from taking common over the counter medication, such as Ibuprofen, Diclofenac and Paracetamol is much, much higher.

A study reviewing cases in which a total of 24 VASs were blamed on a chiropractic adjustment it was later found that none of the treating therapists were chiropractors!

In a 2007 study over 50,000 chiropractic manipulations did not cause a single serious adverse event. Temporary side effects, such as an increase in symptoms, headaches, dizzyness or light-headedness  were more common.

So, why does a stroke happen after manipulation? The main emphasis has nearly always been the vertebral artery being damaged by the treatment, however there is no evidence to suggest that this is possible.

Firstly, it has been found that a neck adjustment only introduces 20% of the stretch required to damage the vertebral artery. This is much less than commonly happens doing day to day activities. Secondly, using sophisticated measuring equipment no changes in blood flow or turbulence in the vertebral arteries have been identified during or after manipulation

Vertebral arterial strokes happen in the general population but it is rare - 7.5 incidents per million person years. The incidence in the population who had visited a chiropractor during the past 7 to 30 days is slightly higher but exactly the same as those who had visited any other primary health care physician, such as a GP. Hence this increased risk is likely to be due to patients seeking help for neck pain and headaches from vertebral artery dissection, the forerunner of the stroke. Many reported cases of this type of stroke follow daily trivial activities such as walking, turning the head while driving, painting the ceiling or engaging in sports. In other words, once there is damage to the artery and the formation of a clot, any trivial motion can be the trigger.

Is manipulation effective in treating neck pain and headaches?

When done by a skilled practitioner, such as a chiropractor, the answer is a resounding, YES. It is both better and more safe than medication and because the cause of the pain has been removed, the effect lasts.

This will be covered in more detail another time but for now  the research references are here:

Adrian B Wenban; Inappropriate use of the title 'chiropractor' and term 'chiropractic manipulation' in the peer-reviewed biomedical literature; Chiropractic & Osteopathy 2006, 14:16