The British are Missing the Point of Acupuncture 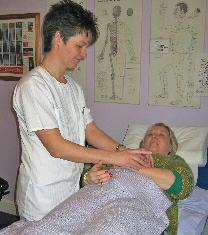 Research out today has revealed that over 21% of the British public think an acupuncturist’s needle is as large as that used in an injection, proving that despite the ancient Chinese medicine’s rising popularity there are still a host of common misconceptions surrounding the treatment.

Sarah Cooper-Olsen at Park View Clinic is a Worthing acupuncturist and a member of the British Acupuncture Council, the leading self-regulatory body for the practice, comments on the research: “2.3 million acupuncture treatments are carried out each year by traditional acupuncturists and this figure is rising, yet this research shows myths surrounding the therapy still remain strong. Acupuncture Awareness Week, the first of its kind, aims to banish the myths and provide all the answers for those people who want to try acupuncture.”

Size does matter - Acupuncture needles are in fact the same width as a human hair and some are just 0.13mm in length, yet many people believe they are just like the needles used to take blood or give an injection. The research, in which 3,000 UK men and women were questioned, also found that over a quarter of people (26%) think an acupuncture needle is similar in size to a sewing needle.

The placebo effect - The belief that acupuncture provides a placebo effect is well documented and this latest research confirms 40% of consumers still feel this is the case, however the treatment is widely considered to be beneficial for a range of illnesses and symptoms and there is substantial body of evidence to support this. In fact the National Institute for Health and Clinical Excellence (NICE) guidelines recommend acupuncture as a first line treatment for persistent, non-specific low back pain. Interestingly 45% of those polled think acupuncture can treat many medical conditions so a mind-shift is taking place.

The independent research was carried out on behalf of the British Acupuncture Council to launch the first ever Acupuncture Awareness Week in the UK. Supported by TV presenter Clare Nasir who used acupuncture as an adjunct to IVF treatment and is now the mother of Sienna, Acupuncture Awareness Week (taking place 27th February – 4th March 2012) aims to give consumers all the information they need about treatment. Visit www.introducingacupuncture.co.uk for more information and personal stories from men and women who have had acupuncture.

Safety First - Nearly 17% of consumers polled are put off having acupuncture because they don’t think it’s regulated and around 14% say their barrier to treatment is they feel it’s unsafe. Additionally three quarters (72%) say they did not know that practitioners must seek a licence to practice from local councils before they begin treatments.

Despite popular opinion, acupuncturists have first-degree level qualifications and adhere to codes of safe practice and professional conduct in order to be registered and insured by the British Acupuncture Council. The Council guarantees excellence in training, safe practice and professional conduct so patients are advised to look for a practitioner who has British Acupuncture Council membership.

Other Popular Misconceptions about Acupuncture

About the British Acupuncture Council

The British Acupuncture Council (BAcC) is the UK’s largest governing body of traditional acupuncture with over 3,000 members - each of whom is an accredited practitioner providing the highest standard of professional care to patients. BAcC members practice a traditional, holistic style of acupuncture diagnosis and treatment based on a system developed and refined over 2,000 years.

To achieve BAcC membership, practitioners must first undertake extensive training in acupuncture (minimum three years full-time at BSc or BA degree level) which includes physiology, anatomy and other biomedical sciences appropriate to the practice of acupuncture and their expert practice skills are maintained by following a mandatory individual programme of continuing professional development (CPD). BAcC membership is also a mark of assurance of high standards in professionalism, training and safety.

Read about us in the Worthing Herald:

Link to PDF of article