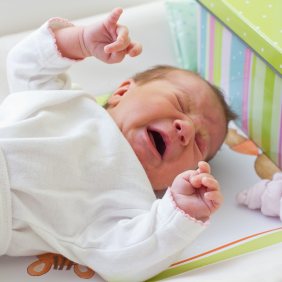 There has been much debate as to whether chiropractic is effective in reducing the duration of infantile colic, which per definition is a self limiting condition but within a very variable time frame with 50% recovering within a gruelling 6 months! Despite consuming huge health care resources, to date no clear cause for colic has been identified.

Past evidence for using chiropractic in the treatment of this condition has been supportive but inconclusive. This has, in part, been due to limitations in the study designs such as the parents knowing which treatment, if any, the baby had received (lack of blinding) and using parent reported improvements as the main way of recording the outcome.

A study published in the Journal of Manipulative and Physiological Therapeutics has tried to address these shortcomings and the results are encouraging for babies and parents alike.

Whereas the number of treatments delivered varied depending on the clinical findings, no treatment period lasting longer than 10 days with babies released sooner if the parents reported complete resolution of symptoms.

No adverse effects were reported, while one parent in the non-treatment group reported an increase in crying.

The greater differences in crying time were found in the babies receiving treatment.

There were no significant differences in the two groups, which were treated regardless of whether the parent watched the treatment.

The remaining main weakness is that the results still are based on the parents reporting, but unless the chiropractor stays in the family’s home this is difficult to resolve.

In conclusion, the babies receiving chiropractic treatment cried less than those who were not treated - regardless of the parents’ knowing whether or not treatment was given.